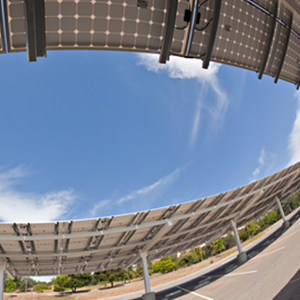 With a product designed to produce clean, renewable energy for decades, solar panel recycling probably isn’t the first thing you think about when putting in a new power system. But eventually, someone will need to decide what to do with old solar panels that have slowly degraded over time. And adding to the growing pile of other discarded electronic devices (e-waste) seems an ignoble end for such a green product.

An article reprinted by Solar Power World says there’s a better choice that can help the environment, while also creating financial benefits. According to the piece, photovoltaic recycling (also known as PV recycling) has the potential to keep an estimated 78 million tons of e-waste out of landfills worldwide, while also becoming a $15 billion industry by 2050.

In addition to the monetary value of the material, recycling has the potential to create thousands of jobs for workers involved in the process, as well as new industries focused on utilizing recovered materials.

What are solar panels made of? While there are different types, most panels are primarily comprised of silicon, aluminum and glass. Once separated, these components can be recycled and sold to solar equipment manufacturers. According to a study cited in the article, that could save 10 million tons of retired panels from going into U.S. landfills by the middle of this century.

Most solar panels currently in production have a minimum expected lifespan of 30 years, presenting the industry and consumers alike with a major recycling opportunity in the future.

Some members of the solar industry (including SunPower) are already looking ahead by applying a so-called “cradle to cradle” (C2C) approach to their current solar panel production. C2C manufacturing considers the entire lifecycle of a product—from sourcing to end of life repurposing.

While these initial independent steps to address a potentially significant e-waste problem appear promising, the article says policies mandating recycling standards may be more effective. To capitalize on the future benefits, a strategic framework to encourage the practice needs to be established now to set the stage for a solar panel recycling boom later.

PODCAST: Learn about zero-waste programs and other green business ideas 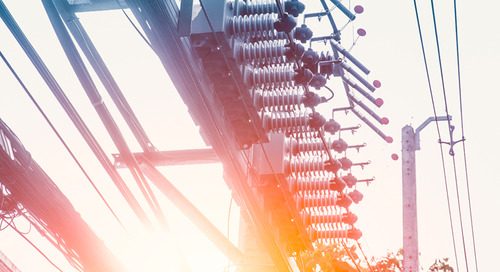 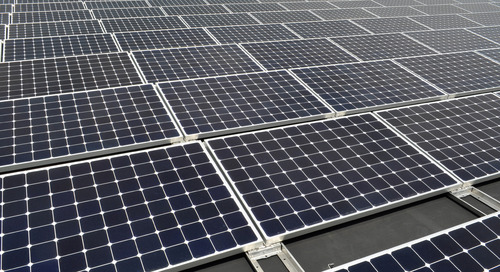 This article helps clear up the confusion between solar panel warranties, and production and performance gu... 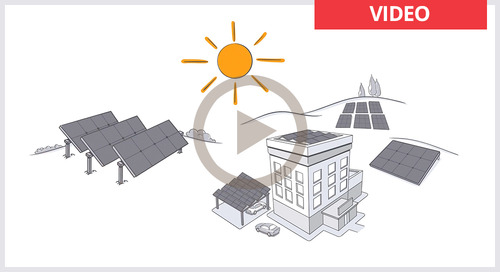 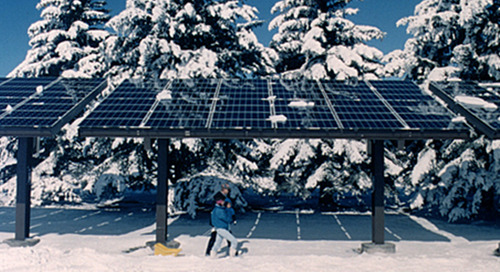 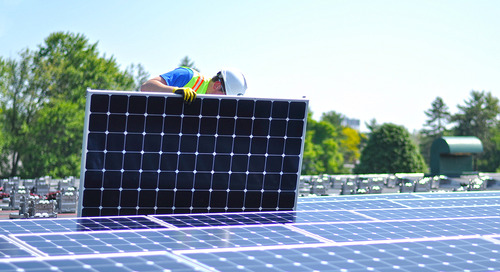 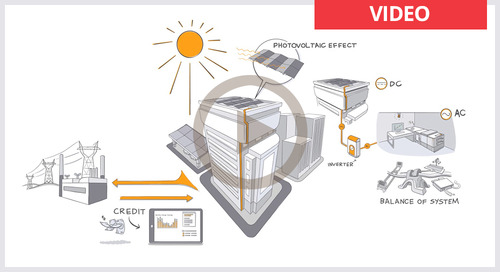 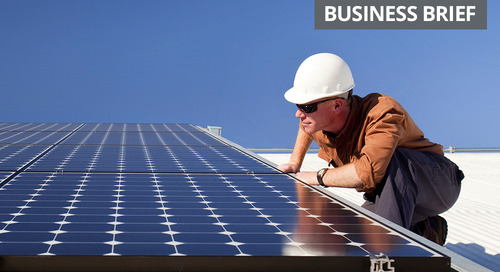 Yes, solar panel efficiency is important. But there’s more to keep in mind as you compare options for your business. Here are the top characteristics to consider. 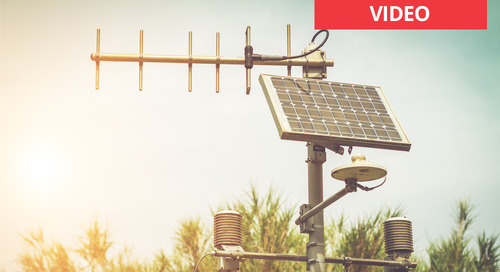 For businesses considering commercial solar, this brief video on the history of solar power teaches dozens of surprising facts and helps explain what drives the falling costs. 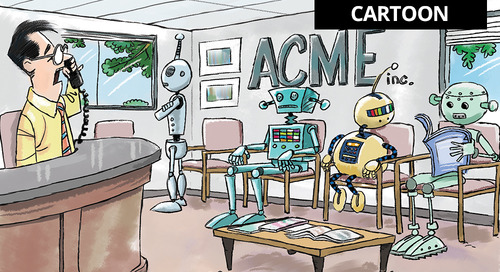 CARTOON: Looking for work as a solar panel cleaning robot

This cartoon lightheartedly highlights the fact that some commercial solar panel installations are, in fact, maintained by solar panel cleaning robots. 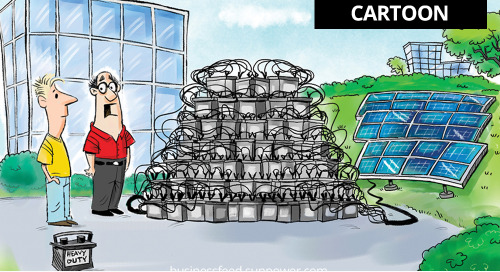 This cartoon shows how an enterprising employee found a way to implement battery storage for solar power, much to his manager’s surprise. 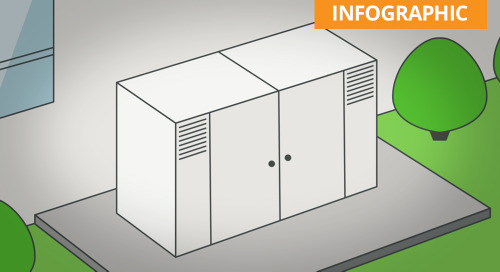 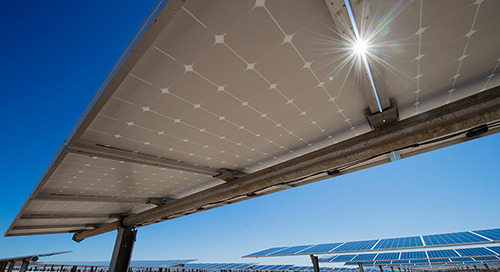 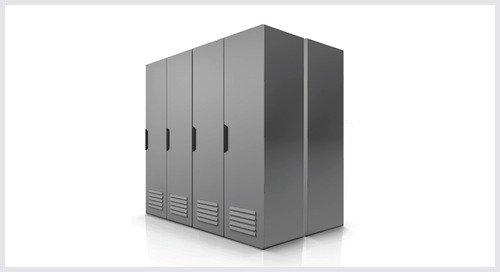 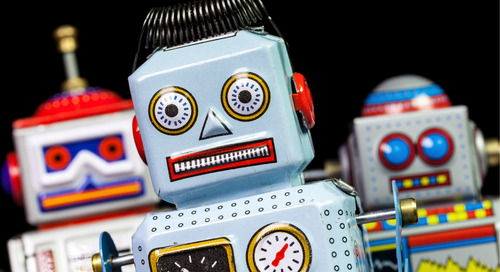 Ever wonder what companies use robots? And what robots are used for at work? This article introduces you to robotic solar panel cleaners and more. 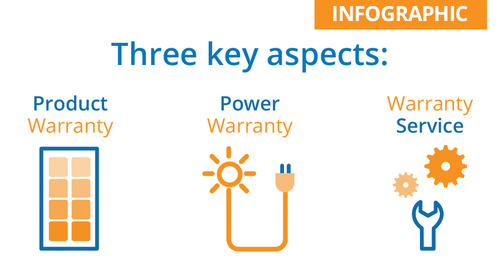 This infographic provides a high-level overview of 3 key aspects you should understand about your commercial solar panel warranty before making a purchase decision. 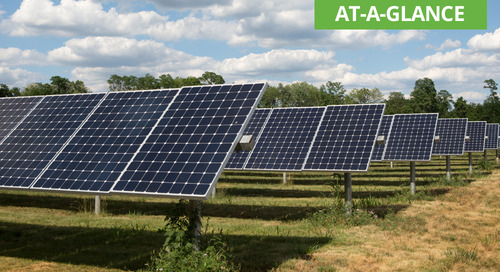 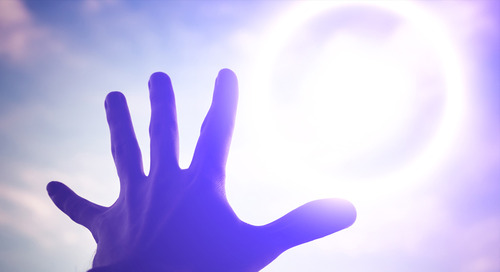 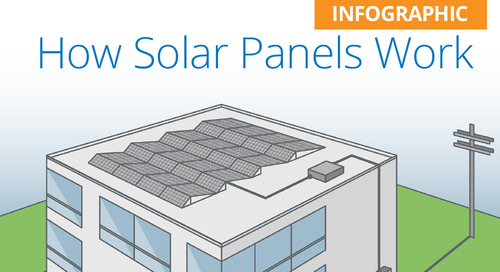 Generating commercial solar power isn’t as complex as you might think. And it all starts with the renewable energy source right above our heads: the sun. 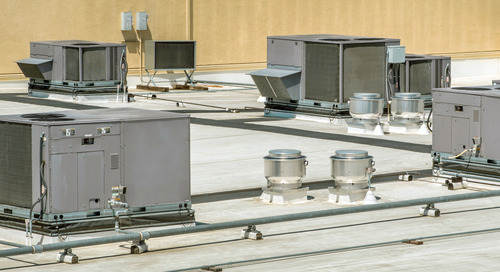 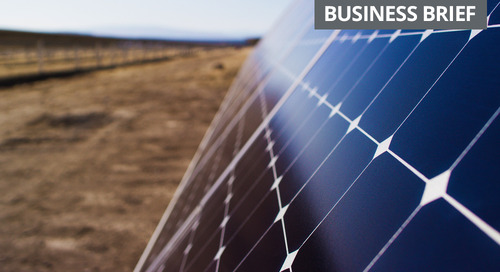 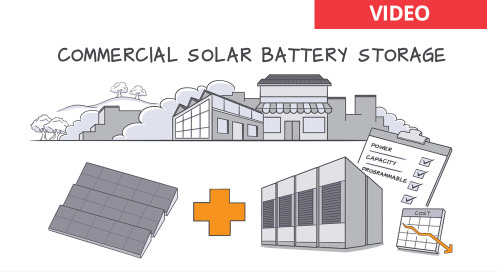 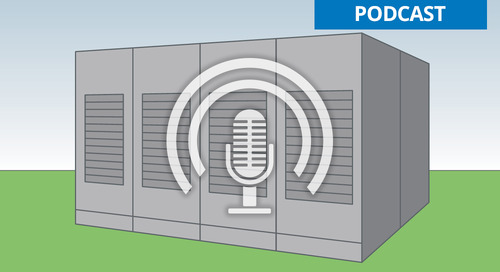 Commercial solar battery storage has recently become a viable option for many organizations. Find out if yours is one.